Ever seen a girl taking candids?

I’ve seen a few, but its usually so obvious. Just curious how common this is

I have never seen it but it isn’t unheard of, plus they get to go into changing rooms and shit hahaha

Yes. I actually caught one taking some of me that i posted her here on the forum when i caught her red handed. I also knew this chick in college she would take candids of a professor that a lot of chicks thought he was hot. 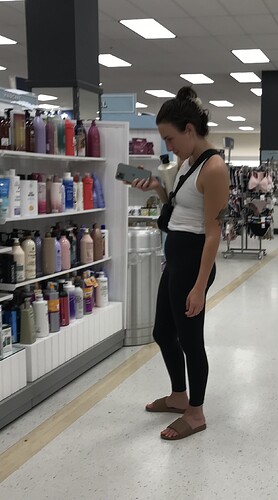 Yeah I seen one at mcdonalds taking a candid vid of a hot girl in spandex with a phat ass. I know cuz I was taking it too lol. and she was standing in front of me filming her as well. I could see her phone and she was obviously pointed at the girl. it was damn hot. she was pretty good at it too, nonchalant, good technique. the girl seemed to feel the energy that two pervs were taking vids of her lol. probably wasn’t her first.

No. I think I did but I think I deleted it or I can’t find it or I don’t feel like looking for it LOL I take so many candids

I know of only one (real) active female
candid shooter that posts on another forum. 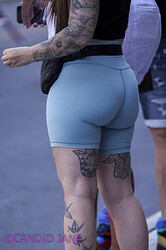 Where is candid Jane’s work posted?

There was once an older slightly chunky ginger woman at a home depot that was obviously filming me cause I have done it countless times. I just stuck my tongue out at her phone while she was pretending to look at an item. I’m 92% certain she was lol. But thats the only time I ever encounter one.

Women have the advantage most wouldn’t care if another woman was filming them. Also at the strip club here pics are not allow you can’t even have your out. But women take pics and film the stripper all the time they don’t care if the girls are doing it lol

I know of a woman who took many candid vids of a cute postal worker (also female) on her street. Another took candid pics of one of her teachers.